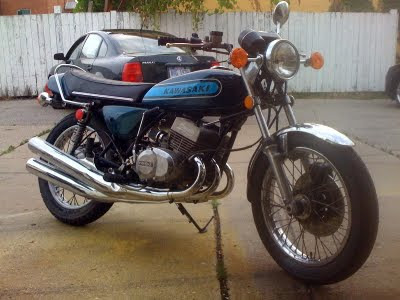 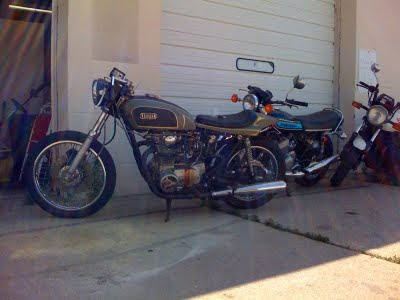 Posted by MAGNETO INDUSTRIES at 8:40 AM No comments:

The Boss Cat III is 18 ft. long, 4 ft. wide, 2ft. high. 4130 tube frame with twin tunnels stock type rear suspension. Bonded alumium cleated tracks, fibergalss body, weight is less than 1000 lbs. 4 EXT 650 motors 400hp. 4 stock clutches and 2 chain cases 160mph speedo with 4 tachs and twin fuel pressure guages. The port side motors run clockwise,the starboard motors are modified to run CCW. A driveshaft with four driven clutches runs lengthwise in the center of the chassis between the engines & connects to a T shaped gearbox located behind the cockpit. A shaft comes out of each side of the "T box" & connects to a production EXT chaincase on each side of the machine.The Boss Cat III uses many production parts such as skis,engines,tachs,tunnels, belt guards & other misc. parts. It's interesting to note that the drive clutches are not Arctic Cat's own, it had Comet drive clutches. Paul Eggebraaten Was the driver of the Boss Cat III. He was also the driver of the Boss Cat II with Charlie Lofton after Dale Cormican backed out of the speed run races (after the near fatal explosion of the Boss Cat I). Al Brewer was also a driver of the Boss Cat III but never ran any of the speed runs. He was a mechanic on the BC team. A year prior Paul had been chosen as the backup driver with Charlie Lofton on the Boss Cat II; due to his years in auto racing. In the initial testing Al never drove it past 40-45 mph. He did not feel at all comfortable taking it any faster than that. So as Paul was the year before, Al would be made the backup. He never drove it again but did remain as a mechanic on the sled. The Boss Cat III was a fickle girl, Very tippy at speeds. On one run Paul Eggebraaten crashed and tipped over. Speeds: 118mph - Boonville Ny 73, carb iceing problems slow track. 123mph - Roseau Mn March 73, slow track plus timing trap problems one run. 117mph - West Yellowstone 74, 6600 ft alt slow track again. After Arctic Enterprises raced it in the 72-73 season they leased it out to Nero for the 74 season. It was retired in 74 with no more USSA speed runs. Vaughn Spurlock owned both the Boss Cat II and Boss Cat III for many years. Both sleds were sold to Rod Everts who held on to them for 10 years. The Warning family bought both in 2004. As of 2005 the Boss Cat III had not been run since 1974 but all that will change soon. The restoration of this sled is going well and will be shown and run in the near future. The first page of pictures is from the 73-74 seasons. The second page is pictures from the 80's and 90's. A third page of it after it was restored. 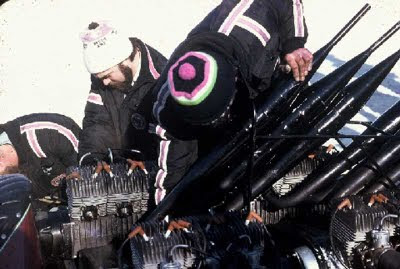 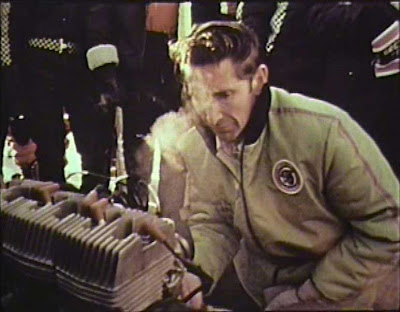 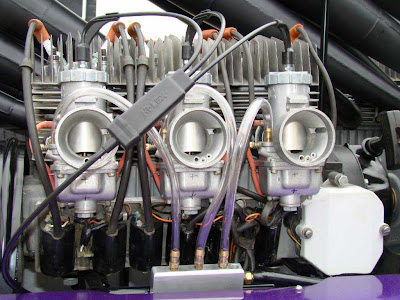 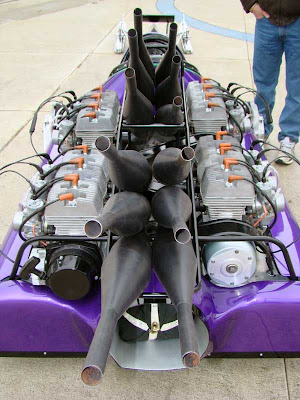 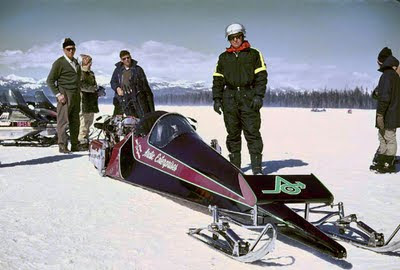 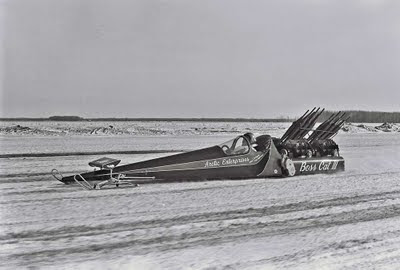 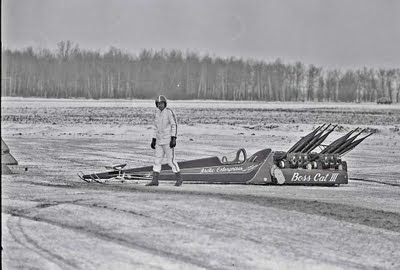 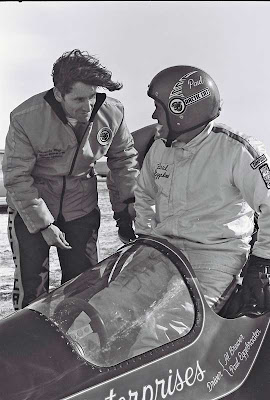 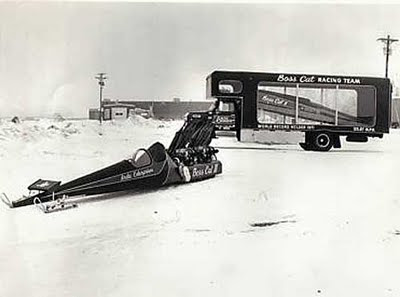 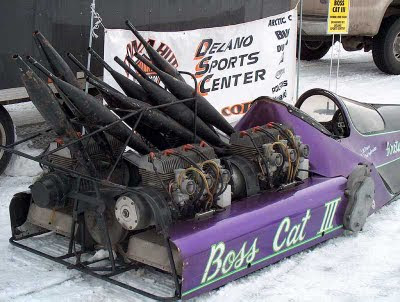 Posted by MAGNETO INDUSTRIES at 3:05 PM No comments: 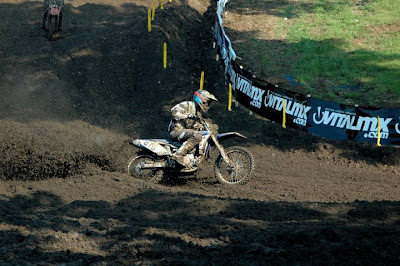 Posted by MAGNETO INDUSTRIES at 1:27 PM No comments: 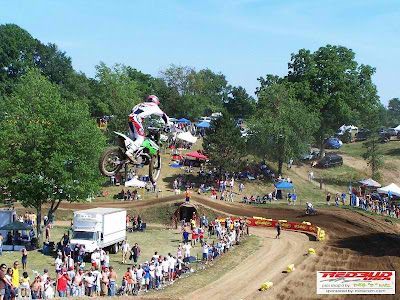 Posted by MAGNETO INDUSTRIES at 8:38 AM No comments: